Laurie Cross specializes in employee benefits and tax law. Laurie advises clients on retirement and health plans and provides general tax and business advice. Prior to her admittance to the Bar in December 2017, she was a legal assistant with Buffington & Aaron for several years.

Laurie graduated in May 2017 with Highest Honors from Golden Gate University School of Law, which she attended on a full tuition Dean’s Merit Scholarship. While at GGU Law, Laurie won the appellate advocacy moot court competition, was a member of the Moot Court Board and was on the Dean’s List. Laurie also was one of five graduating students to win the Scribes American Society of Legal Writers Award. As a member of GGU’s Environmental Law & Justice Clinic, Laurie argued and won a motion for attorneys’ fees in California Superior Court. Laurie was awarded five Witkin Awards for Academic Excellence and three Cali Excellence for the Future Awards in a range of subjects, including Writing & Research, Contracts, Wills & Trusts and Constitutional Law.

Laurie received her undergraduate degree from UC Berkeley and is a member of the San Francisco Chapter of the Western Pension and Benefits Council and the Bar Association of San Francisco. 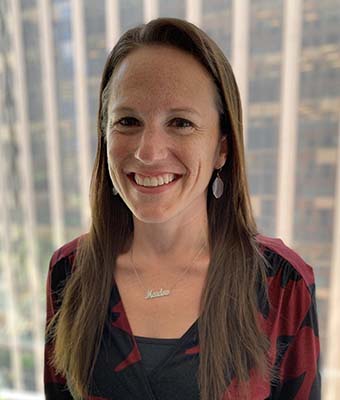